How Disney Pioneered the Practice of Modern Experience Design 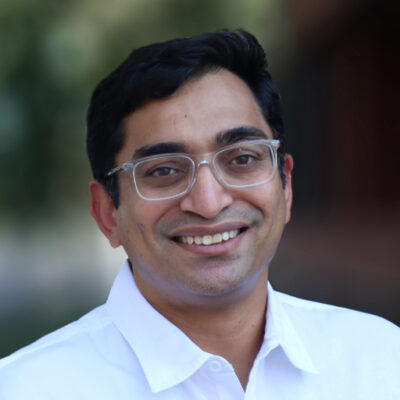 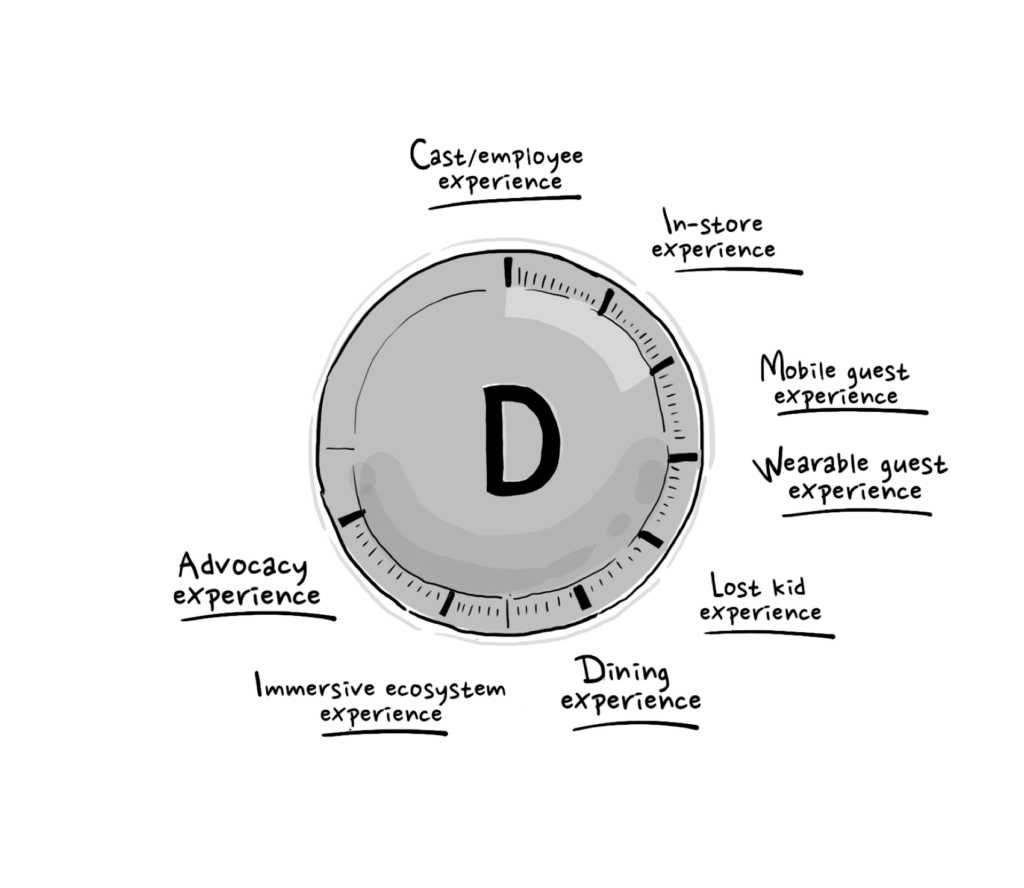 Note: This is an excerpt from the new book User Experience Design: A Practical Playbook to Fuel Business Growth, now available for pre-order through Amazon.

There’s a reason Walt Disney is often heralded as the world’s first experience designer. According to historian Sam Gennawey, Disney had the ability to use technology effectively by letting it recede into the background so that the story or experience could shine through.

That remains one of the guiding principles of modern experience design. “The technology that works the best is the technology you never notice,” Gennawey says. “[Disney] was one of the first people who found a way to do that.”

Walt Disney expressed numerous tactics and traits that made him a keen experience designer and business leader. In fact, he employed nearly all of the crucial mindsets you’ll read about throughout this book.

A Designer at Heart

One of the central ideas powering experience design is that technology that works for you without interrupting you is technology you will want to use. Another central idea is that in order to create technology that consistently rewards users, the technology must continually evolve as needs and behaviors change. This was something Disney understood well.

Back in 1966, he described the plan for Walt Disney World’s Experimental Prototype Community of Tomorrow (or EPCOT) as “an experimental prototype that is always in the state of becoming, a place where the latest technology can be used to improve the lives of people.”This line of thinking is central to the Design Mindset (Chapter 8).

Disney was always pushing technology as a means to enhance the ways users could experience a story. Before going into production on Snow White, for instance, Disney created a short film called The Old Mill that let artists test state-of-the-art techniques he wanted to use for creating water effects as well as a new multiplane camera that allowed animators to create depth of field.

He was also fixated on optimizing the mundane, which is where his Systems Mindset (Chapter 8: Mindsets of a User-Centric Organization) was able to shine. “Think of process as a railroad engine,” Disney said. “If the engine does not run properly, it does not matter how friendly the conductor acts or how attractive the passenger cars look, the train will still not move and the passengers will not pay their fares. Process is the engine of Quality Service.” A well-defined process makes the whole system work, and when that process is attuned to deliver the optimal experience to users, great things can happen.

When designing the groundbreaking theme park back in the early 1950s, Disney and his team of designers (or Imagineers) would obsess over every detail within the grounds. Disney understood good design and led by example. He was known for making contractors replace plastic with wrought iron for realism, counting the steps between trash cans to reduce the likelihood of guests littering, and touring the park incognito so that he could test experiences.

He was never completely satisfied. He always asked for more from his team. In his theme parks, this took the form of “plussing,” incrementally improving details and elements of an experience. In modern terms, Disney was always iterating. He wasn’t “adding more stuff”—which so many companies do—he was finding ways to make good experiences even better. Nothing was off limits: getting the sound effects on the Pirates of the Caribbean ride loud enough to rattle the riders; making sure that the animatronic Tiki Birds had dozens of different gestures, not just 10; sending friends and family on rides like Jungle Cruise before they opened to elicit feedback and fine-tune the experience. 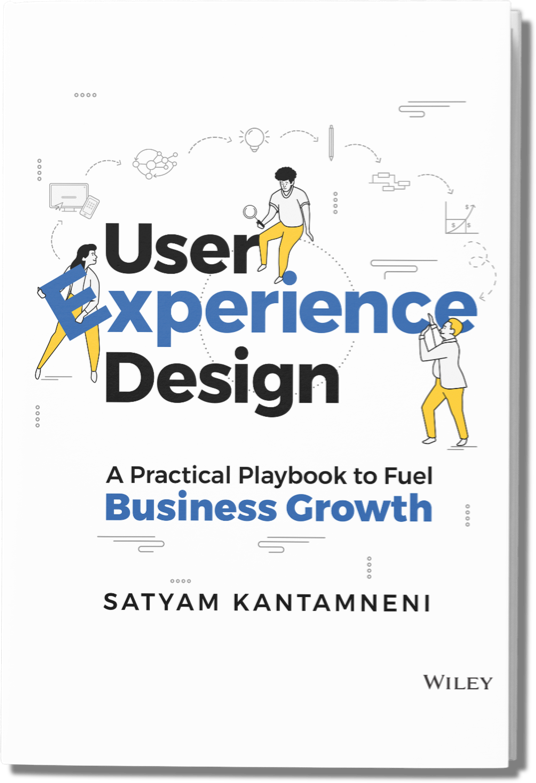 Read about how companies create an uncopyable competitive advantage by differentiating on experience.
Buy on Amazon

This attention to detail is the lifeblood of an Experience Mindset (Chapter 8: Mindsets of a User-Centric Organization) and it persists in the parks today. According to Be Our Guest, The Disney Institute’s book on perfecting the art of customer service, “... as you walk through Disney World, the volume of the ambient music does not change. Ever. More than 15,000 speakers have been positioned using complex algorithms to ensure that the sound plays within a range of just a couple decibels throughout the entire park. It is quite a technical feat acoustically, electrically, and mathematically.” This ongoing attention to detail started with Walt Disney himself and continued on after his passing—his changes and ideas combining with the continual improvements born out of the design culture he created—creating a theme park ecosystem that is always growing and evolving.

MyMagic is a recent evolution in the theme park ecosystem, a massive $1 billion investment that overhauled the digital infrastructure of Disney’s theme parks. Bob Iger, the then CEO, is not someone who shy away from making investments in technology. In fact, he held a vision of “embrac[ing] technology and us[ing] it aggressively to enhance the quality of Disney’s product and thus the consumer experience” (Chapter 19: Experience Vision Play). Indeed, MyMagic + would enable a fundamental shift, away from delivering a “one-size-fits-all’’ experience and “treating [guests] as a giant blob of people”.

Around the time the investment got approved, a number of key guest experience metrics, such as Intent to Return, were falling (Chapter 28: Experience Metrics Play). Guests were experiencing a number of pain points, such as long wait time and high ticket prices. With MyMagic+, Disney hoped to use technology to improve the theme-park experience and encourage more return visits.

At the core of MyMagic+ were MagicBands, wearable wristbands with RFID chips that track guest’s movement and store personal information. It allows guests to check- in to hotels, enter the theme parks, and pay for food and merchandise with a simple tap against a RFID reader. After MagicBands were made available, wait time at the turnstile dropped by 30%; guests can now seamlessly enter the parks and go on their favorite rides sooner through FastPass+. Frictions resulting from pulling out their credit cards to pay for food and merchandise were eliminated. And, because MagicBand tracks guests’ location and movement, Disney sensors allow Disney operations to know if an area is too congested and then act accordingly, either by sending character parades or open up FastPass availability. The result? 5000 more guests can now enter the parks on the busiest days.

Underneath the magic of MyMagic+, an extensive ecosystem of cast members, organizations, systems, and technologies were involved (Chapter 18: Experience Ecosystem Play). On the back-end, over 70,000 employees were trained on the technology and 28,000 hotel rooms were equipped with radio frequency reading technology. Moreover, MyMagic+ has to be integrated into attractions throughout the theme parks so guests can, for example, customize the color, shape, and engine of their virtual car on the Test Track attraction at Epcot.

Even some of Disney’s close collaborators thought Snow White was going to ruin him. His first feature-length film came on the heels of many successful shorts with a bankable new star named Mickey, but the mouse was nowhere to be found here. The picture also went well over its initial budget and Disney had to mortgage his own house in order to finish it, with an eventual budget of $1.5 million. The reason he pushed himself and his team so hard was a hardwired desire to give audiences an experience they’d never had before. The film was a staggering success that went on to make $8 million internationally during its initial release.

While producing the feature film Fantasia in 1940, Disney spent an estimated $200,000 to develop the first stereophonic theatrical sound system to give the audience an immersive viewing experience. The soundtrack was recorded across multiple audio channels and reproduced with “Fantasound,” a revolutionary sound system Disney developed with RCA that was an early precursor to surround sound.

The Business Mindset (Chapter 8: Mindsets of a User-Centric Organization) is all about making profit by creating business and user value, something Disney was always targeting. With his theme parks, his ceaseless behind-the-scenes work fine- tuned an experience so effortless that even wizened adults could suspend their disbelief and become part of an unfolding storybook journey through the park. Not only are these experiences that customers are willing to pay for, they are happy to pay more for them. In fact, Disney claims that 70% of first-time visitors plan to return to their theme parks (a figure they are actively trying to improve, no doubt).

In an era where customers are shopping more online, Disney invested $480 million to lure customers back into its brick- and-mortar stores. The company underwent a major redesign of its retail stores that made shoppers feel like they were on a Disney theme park vacation rather than shopping for merchandise. “We knew we needed to elevate and improve the experiences that we have both in stores and online as retail is changing,” Paul Gainer, executive vice president of Disney retail, remarked in an interview.

In the newly designed stores, giant video screens (OTT) will stream real-time parades at Disney theme parks. Kids can battle Darth Vader or interact with characters from across the Disney franchise. Touch screens allow customers to select their own Disney music whilst a magic mirror makes it seem like Disney’s princesses are speaking to the kids who stand in front of it.

The high-tech makeover created a more enjoyable, interactive, and immersive experience for adults and kids alike. And, it was a fruitful business investment. The store revamp has helped boost profit margin by 20%. 90% of Disney Store guests in North America and Europe also felt more connected to the greater Disney brand that will undoubtedly have trickle down effects across Disney’s greater enterprise (e.g., retail, theme park, merchandise, entertainment)—a prime example of how business will reap financial reward by first creating value and delivering magical experiences to users.

A fundamental shift, away from delivering a “one-size-fits-all’’ experience and “treating [guests] as a giant blob of people”.

About the Author
Satyam is the Managing Partner and Chief Experience Officer at UXReactor.

We’ll use your email to send you this and other useful information about UX Reactor. We hate spam too so we’ll never share your email. Unsubscribe anytime. For more information please read our Privacy Policy.
Share
Tweet0LinkedIn0 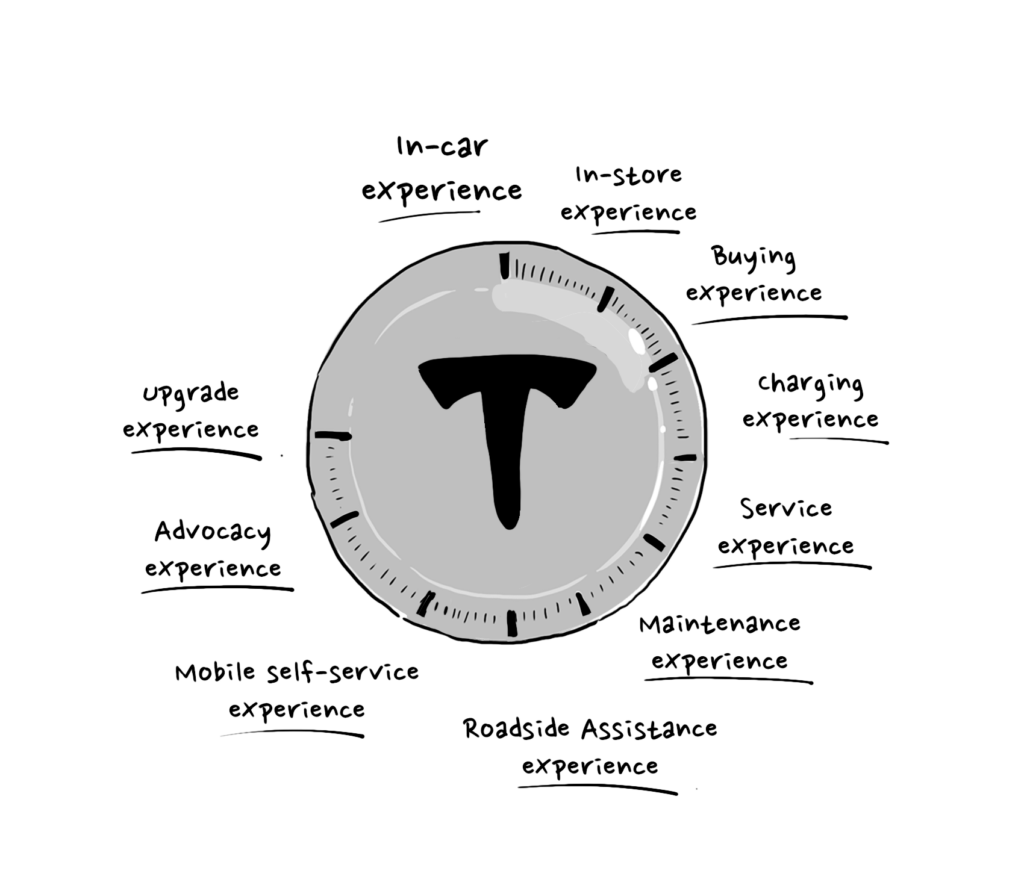 The *real* secret of Tesla’s success: creating an all-new experience for car buyers

Note: This is an excerpt from the new book User Experience Design: A Practical Playbook to Fuel Business Growth, now […]
Read More

How Disney Pioneered the Practice of Modern Experience Design

Note: This is an excerpt from the new book User Experience Design: A Practical Playbook to Fuel Business Growth, now […]
Read More
1 2 3 … 10 Next »
download our free 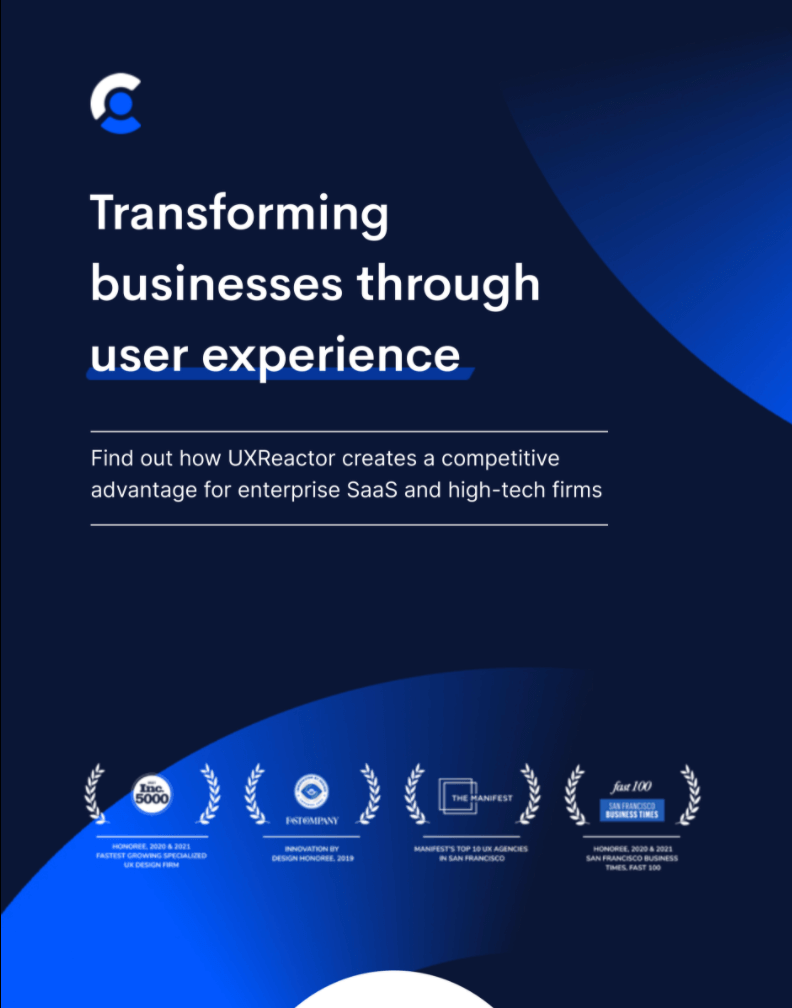